Featured The Death of Liberty on College Campuses

I came across an article on Gateway Pundit “Google Search Results Appear Broken – Many Simply Queries No Longer Make Sense” that piqued my curiously. As a practical experiment, I decided to check their claims and here is what I found. Google is Racist.

The Death of Liberty on College Campuses

4 Lies Leftist Tell Themselves About Obamacare

It is no wonder that I get annoyed when I hear those on the Left tell me how Obamacare is candy and roses and now years later try to rewrite the history of how the law was passed. As Republicans spin up another run at repealing the ACA here are the most common lies that you will hear from the Left.

This weekend #BlackLivesMatter took to the streets of Saint Louis to protest the acquittal of former police offer Jason Stockley. Jason Stockley a former police officer had been charged with murder in the shooting of Anthony Lamar Smith at the end of a high-speed pursuit. The tone of the protests oscillated between peaceful marches during the day and violent rioting when the sun went down. The organizers tried to sell this as a protest against injustice where Smith a black man was wantonly gun down by a white officer and that this is typical behavior that occurs on a daily basis across the United States. Predictably this narrative leaves out several facts. 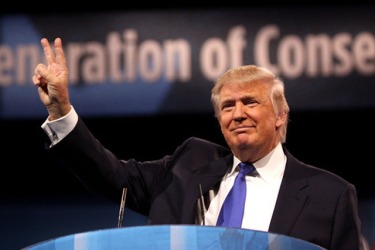 The reality is most Trump supporters are none of these things because like most Americans they simply do not care enough to allow irrelevant attributes define how they see a person.