Week In Review – 9 Times Things Did Not Go As Planned

In life sometimes we laboriously make plans only to see them go sideways. Sometimes we do something spur of the moment and the outcome is not expected. Sometimes sh@t happens. Here are 9 cases that prove “The best laid plans of mice and men often go awry.”

In life sometimes we laboriously make plans only to see them go sideways. Sometimes we do something spur of the moment and the outcome is not expected. Sometimes sh@t happens. Here are 9 cases that prove “The best laid plans of mice and men often go awry.”

CNN’s Christopher Cuomo Says 12 Year Old Girls Need More Tolerance – In a responding to a twitter user question about what to tell 12 year old girls about penises in locker rooms good old Chris pondered if the problem was the 12 year old or the father. His solution was to teach tolerance. So apparently the message is that to teach children tolerance we have to place them in oversexualized situations that they may not be emotionally mature enough to deal with yet. Sounds like parent of the year award material to me. 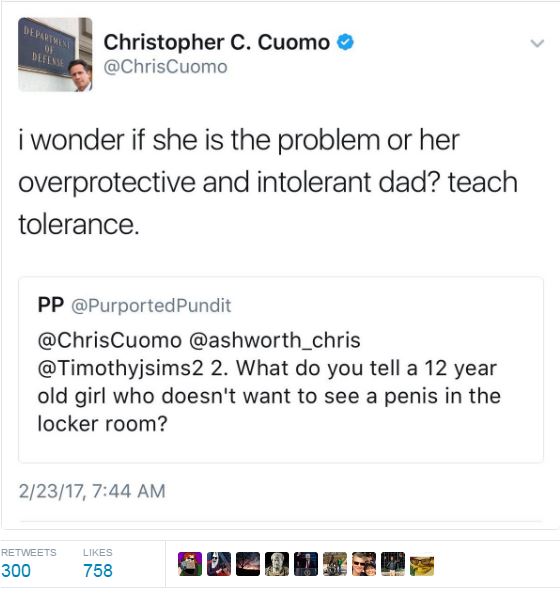 Dam Greedy Companies That Want Profits to Stay in Operation – About a month back in my blog “Want a Coke and a Smile, then Bend Over Philly…” I covered the new soda tax in Philly where I predicted that the ramifications would be worse than they were expecting. Of course it as predicted has forced consumers who still wanted soda, but not take out pay day loans to drink them to drive over the city lines and make their purchases there. Of course while they are picking up their delicious soda they are also just doing the rest of their shopping. Jobs are being lost in both the grocery stores and the distributors, but Mayor Kenney continues to defy logic saying “I didn’t think it was possible for the soda industry to be any greedier…” Yes dam that Soda Industrialized Complex for realizing that if they paid your tax without passing it on to the consumer they would essentially be giving their product away for free. Thanks to The Blaze for following up on this story because honestly who has time to hunt for news in Philly even if you live there.

Guns are Just Manufactured Instant Karma Delivery Devices – According to an Arlington CBS Local station a jogger delivered some divine justice when a man tried to rob him at gun point. He resisted and pulled his own weapon firing several shots which hit the would be robber in the groin. You wonder why the crime rate is lower in Texas than let’s say Chicago… This is the reason.

MSNBC Host Finally Tells the Truth – Morning Joe co-host Mika Brzezinski apparently was upset that the Trump administration might be honing in on the sacred duty of the press. No not simply delivering the facts, but “controlling exactly what people think.” Bad President this is clearly the role of the media to feed us brain dead automatons our daily instructions. No Mika you wrong, it is actually neither of your jobs.

Losing the Election is Like Going to War – CNN ran a piece comparing that Post Election Stress Disorder (PESD) to PTSD. Well considering that PTSD is an actual condition and the other is a made up disorder to allow snowflakes the opportunity to self-aggrandize and play with puppies I am going to say, CNN you are beyond f’ing clueless. It really is time for that network to pull their head out of their collective rear end. This got Wrong Think Radio pretty fired up and I cannot make the points any better.

#NotMyPresident Meet Judge Dread – Oh look protesters acting like jackholes. I know you are shocked, it is not like it has not happened almost every freaking day since the election… oh wait it has. Well it seems that the people and police in Portland have had enough of the general bitchery of generation snowflake and are going to be shutting it down when they get out of hand. For instance woman giving the finger to several cops thought it would be a good idea to further antagonize our fine community protectors by spitting on them. It does not end well for the protester.

Atheist Teacher Bullied by Religious School Children – You say this out loud a few times and it is still not believable… well because it is an adult being bullied by children. As all intelligent people do, the teacher took to social media to complain about the little “cretins” and all the horrible things that they were doing to torment her. According to The Blaze these horrible little monsters were inviting her to Church services and when someone sneezed saying “God Bless You” to that person… the horror… 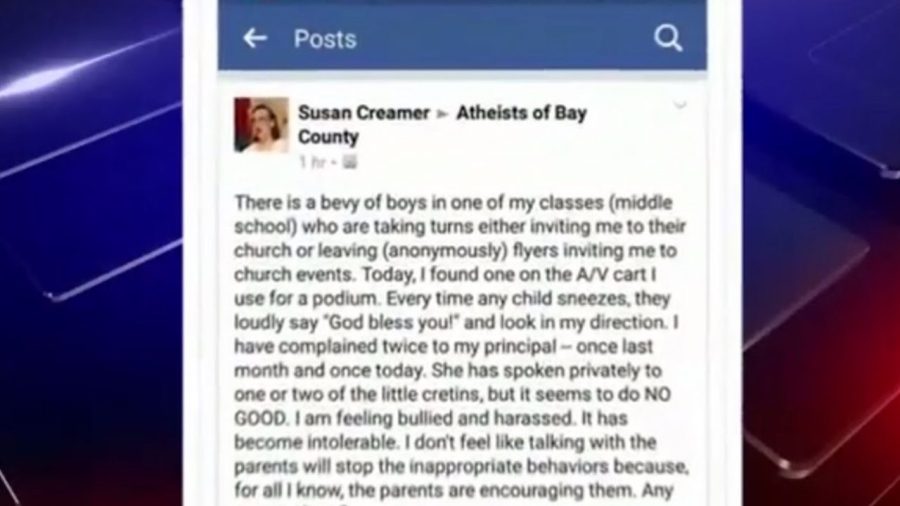 In Sweden? No Everything is Perfect in Sweden… Wait There are Now Riots in Sweden – Last Saturday President Trump misspoke about there being an issue in Sweden. The media spent the next three days going on about how Sweden was the land of tolerance and everything was perfect there. They of course were ignoring the statistics that prove Sweden is the rape capital of Europe. Actually ignoring all the facts that prove quite convincingly that with the influx of migrants crime across the board is rising in Sweden. And then violent protests and riots broke out amongst those same peace loving migrants. Steven Crowder has a great story and video on this topic so check it out here. (P.S. I also stole his meme.) Kamala Harris Defends Obamacare, but Outs Kalifornia as Horrible Place to Live – So the Democratic People’s Republic of Kalifornia’s newest senator is quite the brilliant one. In her defense of Obamacare she relates that 1 out of every 2 children in California are on Medicare. 50% of the children in California are on Welfare. Half of the children being raised in California are being subsidized by the taxpayer. No matter how I phrase that it does not sound like a good thing. You couple this with California have one of the highest tax burdens on it citizens, 900 billion in unfunded pension liabilities, companies fleeing the state and illegal immigration pulling down the school system and I think they have their next advertising campaign.

1 in 2 Californian children depend on Medicaid. This plan’s cuts to Medicaid attacks those who need heath care most. https://t.co/GBRQkFO0st